Jeremy and I had been on the Cape all of last week. We found The Barnstable Village Ghost Hunt. They also do haunted history tours and haunted overnights. We had such a good time we did the Ghost Hunt twice. We are hoping to do the haunted overnight in The Old Jail when we come back in May. I have always loved ghosts and the supernatural and paranormal and this was just way too cool.
The Old Jail 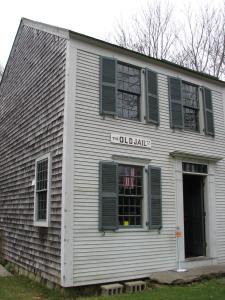 The first night we did the ghost hunt, while in The Old Jail, Jeremy got touched. He felt something just kind of push up his sleeve a little bit. We also heard one of the rope stands get picked up and dropped with no one near it. 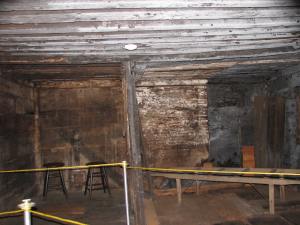 That same night I heard what I thought was footsteps running across the floor upstairs. The back floor is safe, but not something that can be easily or safely reached quickly. No one else seemed to hear the footsteps as people started to get move and get ready to move on to the next stop.

The second night we did the tour, we had the other guide and she had with her a recording of EVP that made my skin crawl. It was not anything scary as far as what was said, merely that there was actual EVP and I know it wasn’t something created for a TV show or anything of the like.

Also known as The House of 11 Ghosts. This building is creepy once you hear the stories. There is a man named Edmund Hawes who hung himself when he lost all of his money and haunts the building and grounds. He wears a white shirt and dark pants and Jeremy thought he saw him just before the above photo was taken. Jeremy thought he saw him, but when he turned to get a better look he was gone. 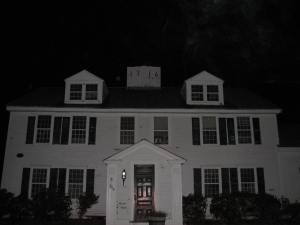 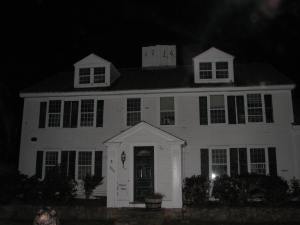